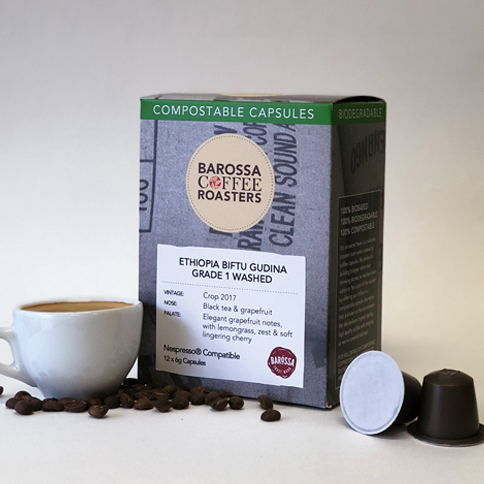 Guji zone is one of the areas of the Oromia region named after a tribe of the Oromo people, bordered to the south by Borena, to the west by the Region of Nations, Nationalities and Peoples of the South, to the north by the Ganale River Dorya that separates it from Bale and to the east with the Somali region.

The subtle variations in growing conditions within Ethiopia’s Guji Zone yield so many unique profiles, it could be considered a country of its own.

This region located at between 1600 and 2100 metres above sea level, has a rainfall ratio 1500-2000mm of rain, its soil is red brown, well drained fertile clay soil. Here only the ripest cherries are harvested and dried on raised beds, taking anywhere from 8– 20 days, depending on the amount of sunshine available and the rate of moisture loss.

Fermentum Naturalis is an aerobic fermentation, done directly on the drying beds, raw, floated and rinsed coffee cherries are inoculated with our microorganism consortium to enhance the most desired flavour and aroma, it is left drying until the desired moisture content is reached.